It is a water and sanitation company which is recruiting Staff on contract basis candidates who are unemployed and looking for job and best chance for them to apply for these vacancies. In which the duration of the contract will be three years, both men and women can apply for the latest announcement of FDA vacancies. Quetta is also reserved for minorities and disabled people. Interested applicants should fulfill the eligibility criteria mentioned in the advertisement with clear And candidates of different quota will also be given relaxation in upper age limit. If a candidate fulfills his/her duties according to the requirements, then his/her contract will be extended for five years, so the candidate should not delay it, but should apply for the new vacancies as soon as possible. Telephone Operators II, Vehicle Drivers, Generator Operators, Chlorine Supervisors, Pump Operators – III, Laboratory Attendants, Helper Electricians and Helper Mechanics or other. Vasa Faisalabad has announced two hundred new vacancies. Middle pass and matric pass candidates are eligible for this job opportunity. They must have relevant skills and experience. and Disability certificate of disabled persons must be provided Interested persons can also apply and documents before 28th May 2022.

Faisalabad is considered to be the third largest city of Pakistan and the second largest city of Balochistan province The population of the city is growing rapidly 1947 in 70000 The population has now grown to about 3.2 million River Chenab is about 30 km to the north-west flows while Ravi River is about 40 km to the south-east flows The quality of ground water in Faisalabad has been adequate except in some areas near Rakh branch canal and is not fit for human consumption The city was first supplied with drinking water in 1903 And the waterworks were extended over the years, including a filtered water supply in 1939 During the 1960 a partial sewage system was introduced almost exclusively to serve the 0.2 million population. 1978 Faisalabad Municipal Corporation was managing the water supply and sewage system in Faisalabad.

Water and Sanitation Agency commonly known as Faisalabad A subsidiary of the Development Authority It was established in 1978 under the Development of Act 1976 for the purpose of providing and contracting services in relation to water supply. Naqasi Abwasa Faisalabad Administratively Housing Urban Development and Government of Punjab. The total service area of ​​Faisalabad is 225 square kilometers which includes 113 Arbaeen Union Councils of four towns. Among the total registered users are 260000 Which I will tell you is estimated to provide sewerage services to about 72 percent of the city and about 60 percent of water services.

There are new vacancies of Jobs in Pakistan in which those who live within Tehsil Faisalabad can apply, Unemployed and they are looking for good jobs can also apply.

How To Apply for Water and Sanitation Agency WASA Faisalabad Latest Jobs: 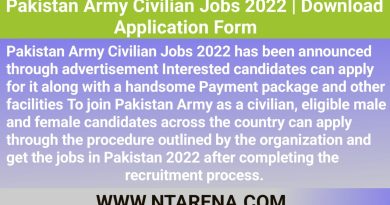 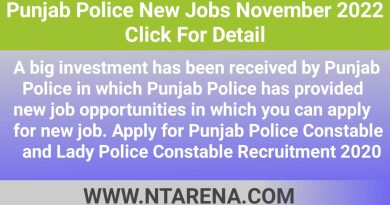